The Supreme Court has allowed the appeal by Unison, holding that the Employment Tribunals and the Employment Appeal Tribunals Fees Order 2013 (“the Fees Order”) is unlawful and will be quashed. According to the statistics, the order led to a 70% reduction in employment claims. 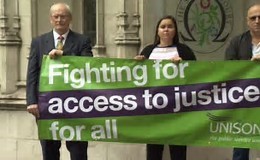 When giving the judgment Lord Reed emphasised the importance of the rule of law and that rights granted by the Parliament may not be reduced by the Fees Order. He also commented that employment tribunal cases are important for society as a whole and not just the individuals involved. In his view the Fees Order prevented access to justice.

It is unlikely that Employment Tribunal fees regime will be abolished entirely. It might be that the government will issue a consultation paper and then bring in a new fees regime, with fees at a lower level.

It seems that the Employment Tribunals Service has its work cut out. The Tribunal rules will need to be re-written and the online Claim Form system re-programmed.

The Supreme Court has made it clear that all fees paid between 2013 and now will have to be refunded. There will probably need to be a manual trawl of all decided cases.

There is a question about all those people who chose not to bring a claim because of the fees. Would these people be allowed to bring their claims out of time?