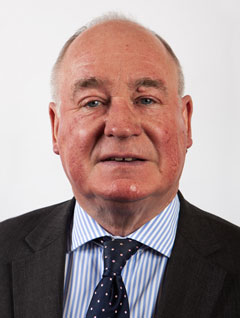 Richard Murr qualified as a solicitor in 1974 following 5 years training with a small firm in London EC2. After qualifying, he continued with that firm for 3 years handling litigation for banks, insurance companies, property investors and developers, franchisors and others.

Richard moved on to become an equity partner in a West End firm but after almost 10 years, having by then a young family, decided to move back to his native North Kent. There he has extended his expertise to cover a wide range of legal fields and developed a particular interest in general commercial work, commercial and residential conveyancing.

He has been based in Faversham for over 20 years and for a large part of this period was with the former firm of Mackay & Co, where he became something of a general practitioner.

“Richard was recommended by a family friend. Very pleased that he handled our purchase.”
November 2019